Just a short post this week. I’m recovering from a short visit to London, where I attended the first day of the TFM&A conference in Olympia. I’ll be covering findings from that for Radix Communications, but for now I wanted to talk about advertising on the London Underground and an observation that I made. 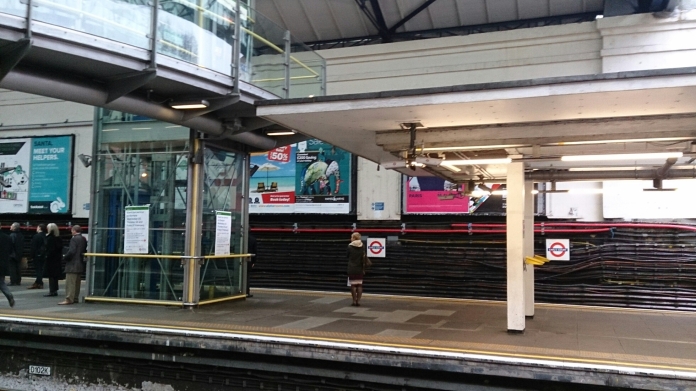 I spent some time on bits and pieces of the Underground and I couldn’t help notice the amount of advertising on platforms and inside train carriages. But what I noticed even more were the themes of the ads.

As well as ads for entertainment products and ones by TFL trying to make themselves look better, or ones for charitable organisations, most of the ads were either selling a product that would make you a better person (supposedly) and help guard you against the demands of London or… The ads were about trying to get you out of London and away on holiday.

Destinations went from the domestic of Bath and Cornwall to the more European to America and Asia. For me, most of the ads I saw were advertising ways to escape London. And so I was reminded of Terry Gilliam’s Brazil and the nightmare cityscape’s collective dream of leaving the city.

It’s just strange how many young career types in the UK spend much of their time figuring out ways and means to get into London and once you’re in, you’re greeted by these kinds of messages. London in ads is a strange beast.

A thought on London